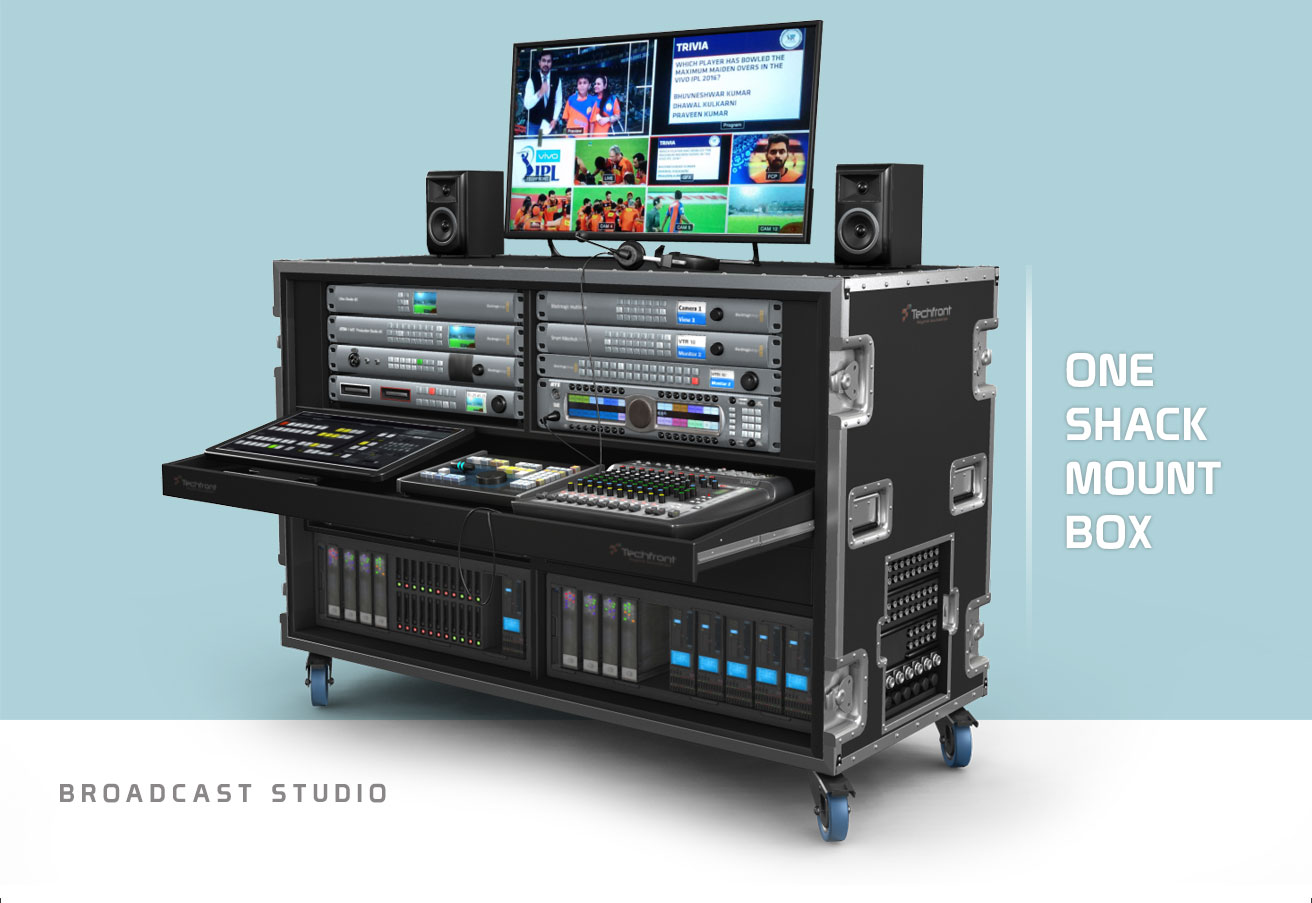 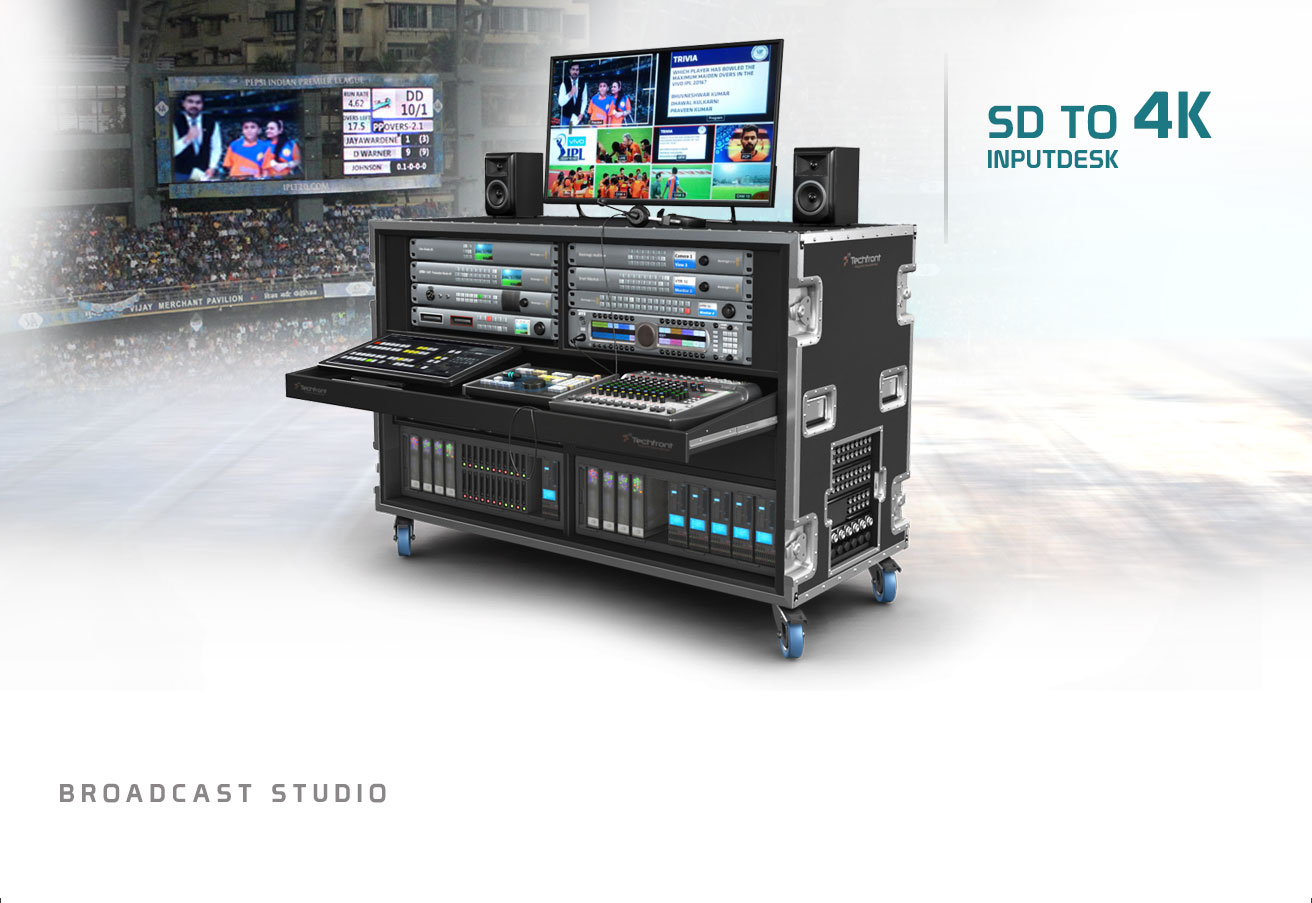 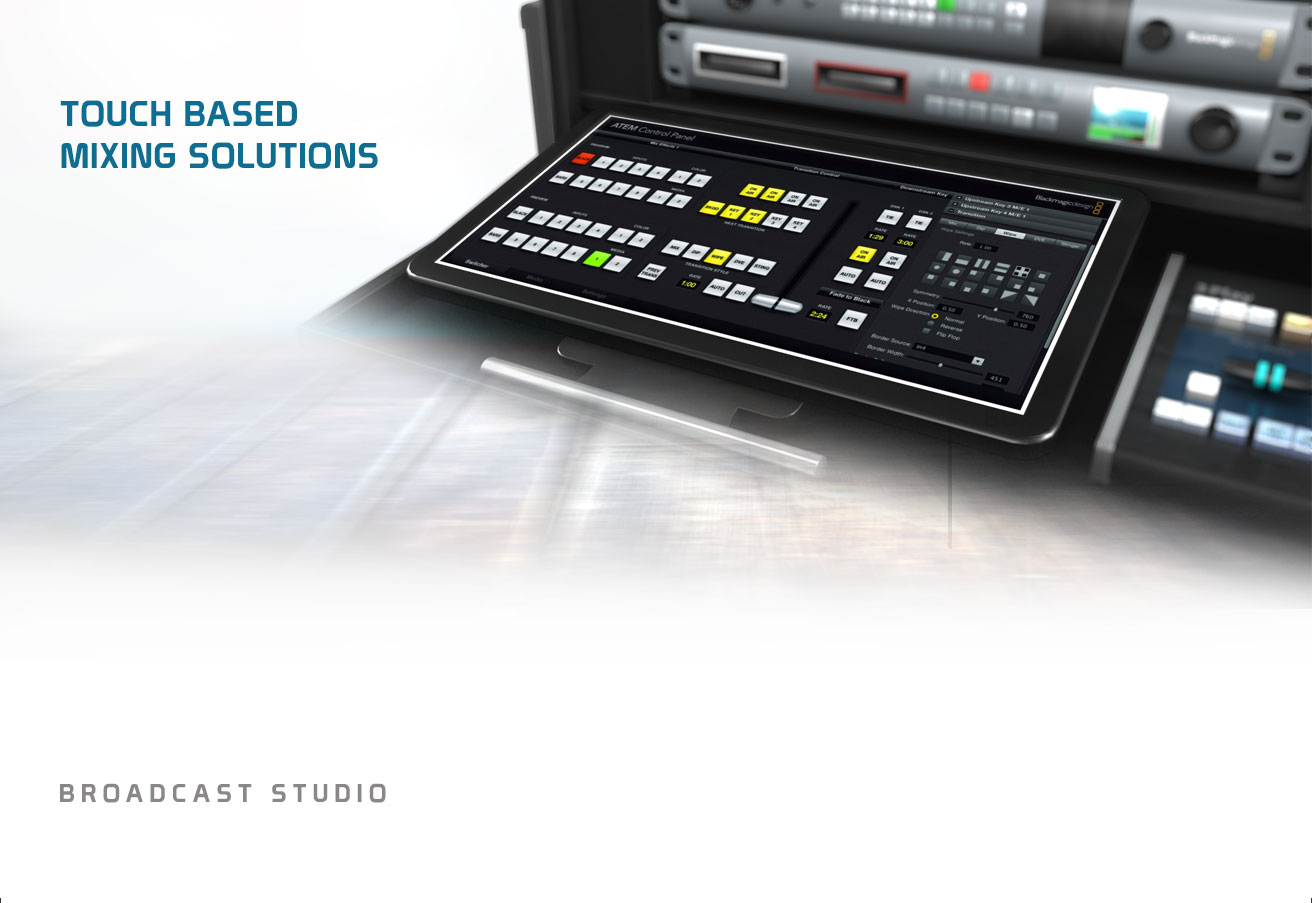 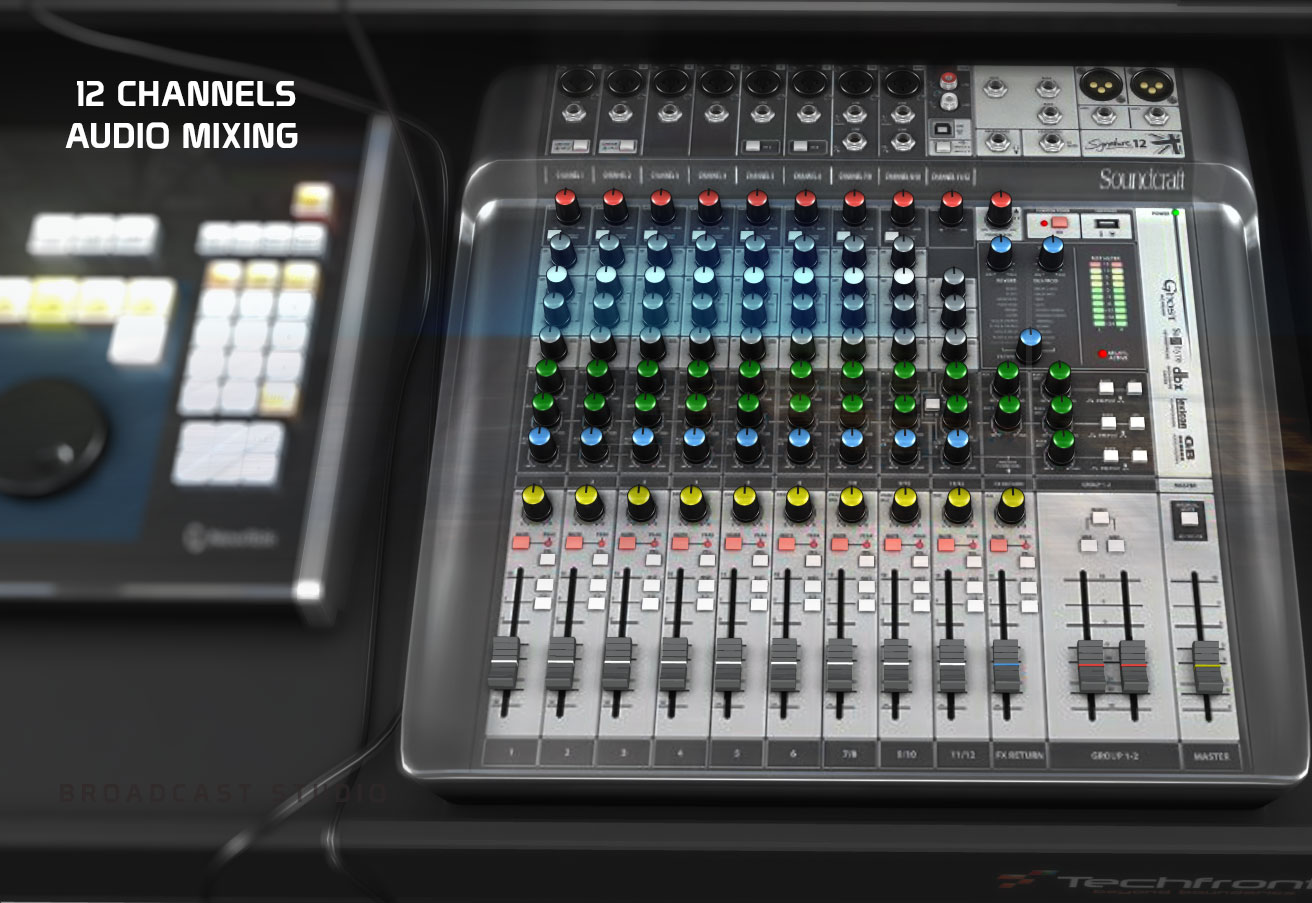 TF-Broadcast Studio In-a-Box systems are designed and built for jumbotrons operation, shooting sports, concerts, corporate events, television Awards functions. Because all the components are housed in one shack mounted box, our compact broadcast kit are faster to setup and more reliable.

They are equipped with up to ten source of SD to 4K Input Desk with Touch based mixing Solution, two recorders, a multi channel KSHETRA Graphic Engine and 12 channels audio mixing Wireless intercom and IFB for cueing talent and Virtual Graphics overlay & all turnkey features No matter where your shoot is, a TF-Broadcast Studio In-a-box system can be built in less than one day.